Get Gears of War For Free In December 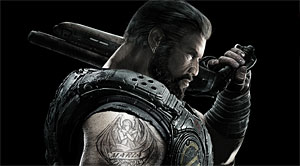 First, Gears of War is the crappiest deal ever from Microsoft on Xbox Live, even if they’re offering to give it away for free next month. It’s so fragging old! At this point, I personally think they should be giving away the entire series, including bonus points for a new game. Unfortunately, Microsoft isn’t me and they will never be that generous.

Secondly, the deal isn’t for everyone, which should be. You actually need to be an Xbox Live Gold member, so it’s not entirely free either.

As part of Microsoft’s Games With Gold promotion, between December 1st and 16th you can download the game from Xbox Live. And starting from December 16th until the end of the month, you can also download Shoot Many Robots for free.

That’s the stellar deal in December. Exciting, isn’t it?