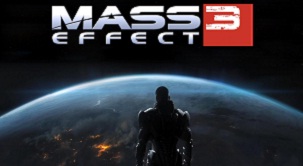 Fan reaction to Mass Effect 3’s ending has been polarizing. It’s the sequence that launched a thousand twitter posts, hundreds of thousands of message board rants, and, amidst all the criticisms, some well-thought-out arguments actually began to emerge. For my personal take on the ending, navigate on over to Yell! Magazine’s review of Mass Effect 3.

Massive spoilers for ME3 follow. You have been warned.

As most of you probably already know, Mass Effect 3 pulls out a literal Deus Ex Machine during its final 20 minutes as a luminous God Child appears out of no where to reveal he’s been behind the trilogy’s Reaper threat all along. The literary conceit of having an ever bigger bad guy behind the bad guy the heroes have been fighting all along is as old as the written form. Hell, Final Fantasy games make use of it so often it’s become something of a running gag.

My personal take on the God Child’s 11th hour appearance wasn’t my biggest problem with ME3’s ending, rather, it was the overwhelming lack of understanding the writers seemed to have with the universe and the characters they had created.

Commander Shepard, who has essentially been fighting for the right to self-determination for the past three games, suddenly throws all previously established character motivation right out the window and easily accepts the choices the God Child throws his way without so much as a blinking red Renegade option popping up to give us the opportunity to smack this little bastard upside the head.

Among the many hundreds of theories that have popped up online, one seems to have taken root: Commander Shepard is indoctrinated and everything that happens after he gets his by Sovereigns beam is an elaborate scheme by the Reapers to get Shepard to hand them victory. Fans have pointed out the voices messing with Shepard’s mind, the gun that suddenly doesn’t run out of ammo, Anderson magically beating you to the Citadel, the Illusive Man somehow turning up out of nowhere, Joker abandoning the field of battle with team members onboard the Normandy that were fighting alongside you mere minutes ago… The list goes on.

Now, something unprecedented is about to happen. In a statement released on their official website, Mass Effect developer Bioware has apparently caved in to fan pressure and is getting ready to do something that has never been done before: change the ending to an already released game via downloadable content. (Source: blog.bioware.com)

What do you guys think? Psyched about getting some actual closure? Perhaps even a happy ending? Did Mass Effect’s ending need to be changed or was it fine as it was? And what impact will this decision have down the line?

Perhaps the most important question of all: Considering all the hints dropped in-game that the ending we got might have been “just a dream,” could this have been Bioware’s goal all along? Purposely release as awful an ending as possible, wait for fan uproar…then charge 10 bucks for a brand new DLC ending? If so, Bioware now finds itself in a true Catch-22 situation: damned if they do, damned if they don’t.