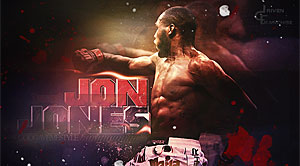 With the permanent adoption of the Unified Rules of Mixed Martial Arts, the former Middleweight Division became the Light Heavyweight Division and, therefore, Ortiz became its first champion by default. Ortiz lost his belt to Randy Couture at UFC 43.

With the permanent adoption of the Unified Rules of Mixed Martial Arts, the former Lightweight Division became the Welterweight Division and, therefore, Miletich became its first champion by default. On the same day, the division was renamed and he lost his belt to Carlos Newton.

As soon as the new Welterweight division was established, Newton took Pat Miletich’s belt by defeating him with a bulldog choke at UFC 31. Newton wouldn’t defend his title as he lost his next fight to future Hall of Famer Matt Hughes at UFC 34.

With the permanent adoption of the Unified Rules of Mixed Martial Arts, the former Bantamweight Division became the Lightweight Division and Pulver became its second champion by default. Pulver held his belt until May 23, 2002, when he left the UFC over a contract dispute and was stripped of his title. The championship remained vacant until Sean Sherk took it at UFC 64.

The 170-185 pound weight class was named the middleweight division and Dave Menne became its champion when he defeated Gil Castillo by unanimous decision at UFC 33. He wouldn’t defend his title as he would lose in his next fight to Murilo Bustamante at UFC 35. Matt Hughes is a pretty important fighter; how many times did he defend his title before losing it to Penn at UFC 46?