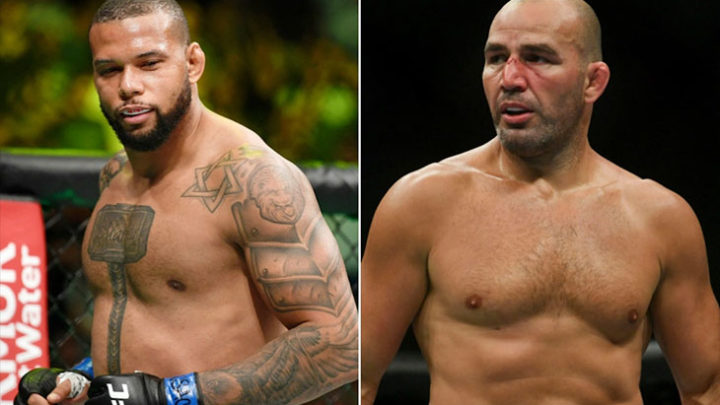 What should have been an October MMA face-off between Glover Teixeira and Thiago Santos has been placed on indefinite hold as both UFC contestants have tested positive for COVID-19.

The fight was originally penciled in to headline UFC Vegas 10 on September 12 but was pushed back after Teixeira tested positive for the novel coronavirus in the week leading up to the event. UFC officials planned to move the duel to the UFC ESPN 16 card set for October 4 on Fight Island in Abu Dhabi – Holly Holm and Irene Aldana are poised to headline that one in a women’s bantamweight fight.

“Yeah, yeah, the fight is out,” the president confirmed after being asked if the reports over Santos contracting COVID-19 were true. “I don’t know what we’re gonna do yet. We haven’t really got there yet.”

While this contest hangs in the balance, there’s still a lot of MMA to bet on, with Gentingbet offering a number of odds on upcoming fights. New signups can take advantage of various perks such as Gentingbet’s welcome offer. Now, the bookmakers are offering £25 to new users. It will take a small deposit to trigger the offer, though.

As it pertains to the postponed fight, UFC should move to reschedule it once both Teixeira and Santos test negative and are cleared to step into the octagon again.

This news comes after the Iranian government executed 27-year-old Greco-Roman wrestling champion Navid Afkari on Saturday, despite both White and U.S President Donald Trump urging officials to spare his life. Afkari was accused of murdering a security guard during protests in 2018. The deceased’s family and attorneys claim Afkari was protesting peacefully, adding he only confessed to the murder after being tortured.

While Afkari wasn’t associated with UFC, the development appeared to weigh heavily on the UFC president, who pleaded with the Iranian government in a video and had Trump plead on his behalf as well.

As mentioned above, there’s still plenty of action to be had on the punting front with Gentingbet. The bookies are offering several odds on UFC fights set for this weekend. As things stand, Tyson Nam is 1/2 to beat Jerome Rivera at UFC Fight Night on Saturday, with the latter at 6/4.

Darrick Minner and TJ Laramie are also poised to go head-to-head on said date and are 12/5 and 3/10 respectively with Gentingbet, who are also offering odds of 4/9 on Andre Ewell vs the 17/10 Irwin Rivera.

The main card will see Khamzat Chimaev take on Gerald Meerschaert in a middleweight bout; the bookmakers handing out odds of 2/9 and 3/1 respectively. Donald Cerone’s 5/4 to beat the 8/13 Niko Price in Welterweight competition as co-mains. The main card throws up Colby Covington, who is 2/7 to beat Tyrone Woodley, who’s at 13/5.