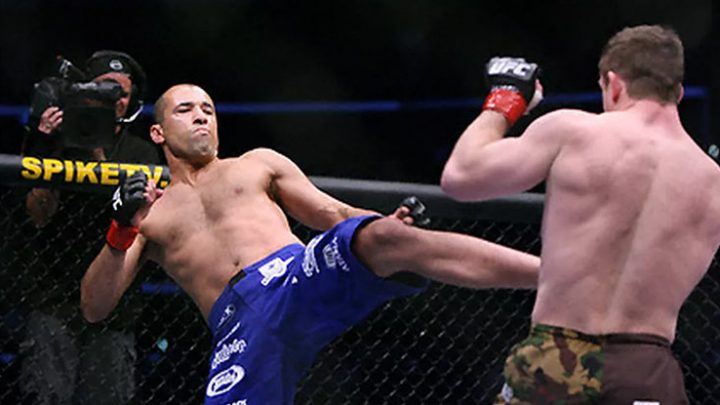 A rematch between two former UFC legends may be in the works. Matt Hughes recently hinted at a comeback for one final fight, if the opponent is right. And Royce Gracie appears to be definitely down for it.

Earlier this month, Hughes was interviewed on AT&T’s original series Undeniable with Joe Buck and addressed his interest to fight again. Following the interview, which will be released in its entirety this summer/early fall, Hughes approached Bellator with the idea of facing the Brazilian Jiu-Jitsu legend for a rematch.

Speaking with MMAFighting.com, Gracie revealed he welcomes the idea.

Man, that would be great. Everybody wants to see this second fight. I’d be in the fight. The strategy was right. Everything we planned and imagined he would do, he did. But I wasn’t in the fight.

Apparently, Bellator officials have not approached Gracie to book the fight with Hughes yet, but it sounds like he 100% ready to take on the challenge again if they do.

I never stopped training, I never stopped working out. My body is in great shape, the machine is working. There’s only one way to find out (who would win): we have to do it again.

Gracie, 50, was last seen inside the cage when he defeated Ken Shamrock for the second time at Bellator 149 in February 2016. He lost to Hughes at UFC 60 via TKO and also tested positive for anabolic steroids after the match. The judges’ decision was not overturned.