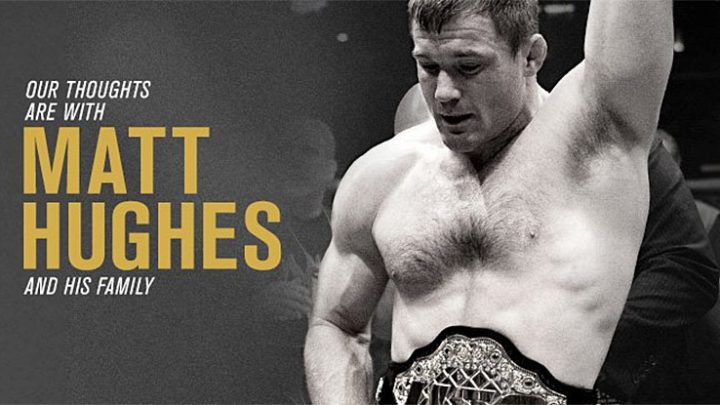 On Friday, multiple online MMA source, including the HSHS St. John’s Hospital, reported that Hughes was struck by an on-coming train following an attempt to cross a railroad in Raymond, Ill. The accident happened around 10:45 a.m. and Hughes was airlifted to a hospital in Springfield, Ill.

The HSHS St. John’s Hospital released a statement via Facebook,

Former UFC fighter and Hillsboro native Matt Hughes was airlifted to HSHS St. John’s Hospital in the noon hour on Friday, June 16, 2017. The HSHS St. John’s Regional Trauma Team stabilized him and continues to help him in his recovery.

Hughes’ family asks that you respect their privacy during this difficult time. They ask that you keep Matt in your thoughts and prayers.

According to UFC President Dana White, Hughes is seriously injured and apparently has a head trauma. The promotion also a released a thoughtful message via Twitter.

Our thoughts are with Matt Hughes and his family. pic.twitter.com/TF6BaHSa85

Hughes has been stabilized by a trauma team and is still attempting to recover from the incident. Stay tuned to Yell! Magazine for much more daily news in MMA.