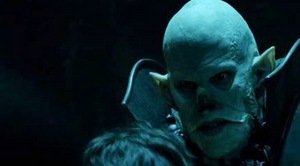 If you love zombies and are looking for an alternative to The Walking Dead, Z Nation is your answer. It’s fast-paced, fun, violent and gory, and funny. One of the best things about this show is how it almost always tries to invent new and outrageous ways to kill zombies.

Synopsis:
Three years after the zombie virus has gutted the country, a team of everyday heroes must transport the only known survivor of the plague from New York to California, where the last functioning viral lab waits for his blood.

In a way, Salem almost feels like a companion series to Penny Dreadful; it certainly has a similar aesthetic and feel. And finding yourself rooting for evil witches is pretty telling of your own character.

Synopsis:
Set in the volatile world of 17th century Massachusetts, Salem explores what really fueled the town’s infamous witch trials and dares to uncover the dark, supernatural truth hiding behind the veil of this infamous period in American history. In Salem, witches are real, but they are not who or what they seem.

No.5 Sons of Anarchy

Sons of Anarchy made its dramatic conclusion in 2014. Whether you liked it or not, the Shakespearean themes were masterfully executed.

Synopsis:
A man in his early 30s struggles to find a balance in his life between being a new dad and his involvement in a motorcycle club.

This show is compelling and had me champing at the bit for more week after week. It’s definitely a vampire story, but there are tones of a zombie apocalypse tale as well.

Synopsis:
A thriller that tells the story of Dr. Ephraim Goodweather, the head of the Center for Disease Control Canary Team in New York City. He and his team are called upon to investigate a mysterious viral outbreak with hallmarks of an ancient and evil strain of vampirism. As the strain spreads, Eph, his team, and an assembly of everyday New Yorkers, wage war for the fate of humanity itself.

No.3 Game of Thrones

It’s hard to say anything about this show without spoiling things for potential viewers, but it can be said that there’s reason for it being a favorite year after year. The drama is high, the violence can be high, and you certainly don’t want to get too attached to any one character.

Synopsis:
Several noble families fight for control of the mythical land of Westeros.

Here’s a police crime drama set inside the DC world of Batman, but before the birth of the Dark Knight. Who would have thought that the story of Commissioner James Gordon could be so compelling? Gotham has certainly been the sleeper hit of the year.

Synopsis:
The story behind Commissioner James Gordon’s rise to prominence in Gotham City in the years before Batman’s arrival.

No.1 The Walking Dead

https://www.youtube.com/watch?v=j4GAs9TJVjM
Is it really a surprise that we put this show at the top of our list? Although I have some issues with the current season, the second half of Season 4 that aired in 2014 was intense enough on its own to put The Walking Dead in the number one slot of our list of best TV shows of 2014.

Synopsis:
Police officer Rick Grimes leads a group of survivors in a world overrun by zombies.