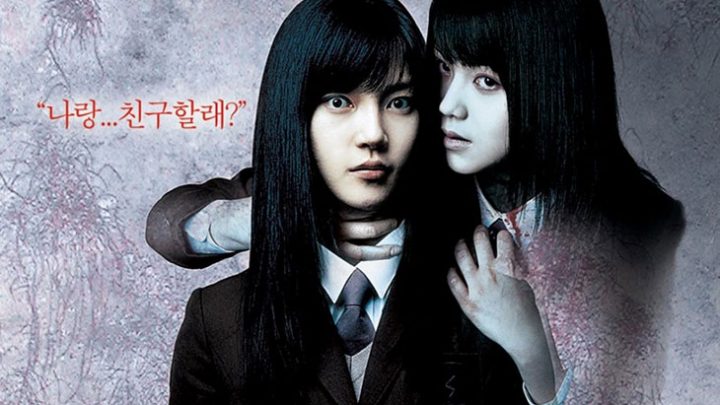 Arguably, I am not a big fan of Korean Horror Movies (K-Horror as it’s known), but some of them really get stuck in your head and start playing mind games. Chan-wook Park’s 2003 masterpiece, Oldboy, is one such film. Not exactly a horror, but the concepts and ideas within it are, indeed, horrifying. Oldboy has been remade by Spike Lee and will be released on November 27, 2013.

Everyone says that remakes suck. Seriously, how often have you heard “remakes suck” muttered upon the lips of, well, everyone! For some reason, we all have this unbelievable hatred toward the remake or poorly done sequels (sorry Fantastic Four). Asian horror movies have, the last decade or so, been particularly violated and pimped out and remade into U.S. versions. From The Ring to Shutter to The Grudge it’s been done.

A lot of the Asian markets, unlike our own, do not go out of their way to translate their films for American audiences. We are all too lazy to go out and buy Rosetta Stone to learn a language just so we can have the crap scared out of us. The language barrier doesn’t change the fact that there are some stellar Asian horror movies worth watching. If you look hard enough, you will find most of them with U.S. subtitles because, you know, there is always some language nerd going for extra credit.

Korea, despite its f’ed up political system and tight control of everything that involves an imagination, is still producing some seriously kick ass horror. Korea is the new Japan when it comes to exporting terror. Luckily for all of us, South Korea has been loosening its garters to get some of these little gems stateside — and not as a crappy U.S. remake either. Nearly all the Korean horror movies take a very George A. Romero approach in that they all have some sort of a message to convey: a Geo-political stance, militarily, or educational.

Since Korean horror movies are so huge right now, and with the release of the Oldboy remake on the horizon, it is only fitting to provide you with a launching pad. What follows is, I believe, the top 10 of Korean horror movies. I am going to try to put them in order of importance.

A simple title for a complex film. A journalist writes about pedos and starts getting calls threatening her existence because, you know, everyone loves a pedophile! Right? Oh, dammit! In any case, she changes her number and moves to a house owned by some friends in order to escape the threats. The daughter of her friend answers a call (what is it with Asian horror and phones?) and becomes attracted to her father (eww) and pushes her mother away. Then the weird shit starts happening.

This movie is rated “19,” which means it’s pretty f’ed up. It’s like NC-17 in the U.S., but worse. A plastic surgeon’s wife is stepping out on him, which makes him go a bit nuts. Essentially he’s going around inventively murdering people with the tools of his trade all the while planning his revenge scenario. It will definitely make you rethink getting botox. The real moral of the story is to never hook up with a hot wife when you look like a soaking wet sheet.

This is an old movie, having been made in 1981. If you can find it, then you should watch it. It’s entertaining. Shaman Priestess + burned alive + creepy doll = fear. Suddenly at Midnight is about a butterfly scientist who takes in a new housemaid. She feels sorry for the girl since her momma just done got burnt up. The girl brings with her a doll that she swears is trying to kill her.

Wait, what? No! Not that Uninvited… this is another one. Sort of. Well, yes, really. The actual U.S. version of The Uninvited is based on another Korean horror movie classic, which is on the list closer to the top. This is otherwise known as A Table for Four. Why? Don’t ask me. I don’t run South Korean horror. This cutesy tale is about an interior designer who, while on a train, encounters two young girls. They’re asleep and just chilling out. Until he sees the news later that both girls were poisoned. His girlfriend brings home a table, he hits his head, and now can see the two girls. Insert crazy friend who can see ghosts and you’ve got a recipe for Korean horror movie awesomesauce. It gets creepy, crazy, and hairy.

Koreans love their psychological middle finger to the rest of us normal people. The Puppet has nothing to do with puppets, dolls, or anything that mundane. No, not at all… instead it is about a psychiatrist who sees a friend’s lover as a patient. He hypnotizes the girl and learns all of her dark secrets then, to be a complete dick, decides to fall for her and makes her meet him for sex every Sunday. Definitely a thrilling ride and worth a look.

Check out the top 5 Korean horror movies after the jump…