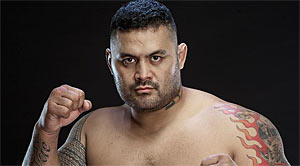 The UFC announced today that UFC heavyweight champion Cain Velasquez suffered a right knee injury during training and was forced to withdraw from his championship fight against No.1 contender Fabricio Werdum in Mexico City on November 15.

As a result, No.4 heavyweight Mark Hunt (10-8-1 in professional MMA, fighting out of Auckland, New Zealand), who is coming off a walk-off knockout against the iron-chinned Roy Nelson in Tokyo in September, will face Werdum (18-5-1, fighting out of Los Angeles via Porto Alegre, Brazil) in the five-round main event for the interim UFC heavyweight title.

I’m so unbelievably disappointed that this happened,” Velasquez said. “To say I was looking forward to fighting in Mexico for the first time is an understatement. I wanted to fight on that card so bad. Looks like it wasn’t meant to be and it’s not going to happen. I’m going to get my [right] knee fixed and get back to training as soon as I can. I’m sorry to the fans in Mexico who were expecting this fight, and I hope to be able to come down and still be a part of this historic event.

For Werdum, it was never about Cain, it was always about the title.

I’m ready for whatever comes. I have been training in Mexico for nearly two months and accept the challenge that is presented to me. I’ll continue to prepare and will arrive ready to fight on behalf of all my Latin American fans, said Werdum.

Mark Hunt, never one to shy away from a big opportunity, wasted no time accepting a dream opportunity to fight for UFC gold.

I feel blessed to have this opportunity to fight for another world title. This is something that doesn’t happen often to people. First K1 and now UFC – how can I say no, even though it’s on short notice? I’m dropping everything and flying to Mexico tomorrow so I can best prepare myself for this fight. I have to get into shape and acclimatize to that environment, which is really important.

There’s nothing to lose when you’re competing against the best at the top level, Hunt added.

UFC 180: WERDUM vs. HUNT scheduled for November 15 at the Arena Mexico City, sold-out in only eight hours, and will welcome more than 20,000 fans. Along with the explosive main event, fans will also be treated to six other bouts featuring Latin American contenders.