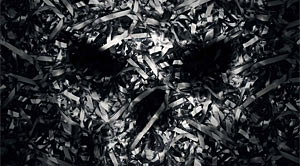 Don’t get all teary-eyed now; what I really meant is that the third entry in the V/H/S franchise from Bloody Disgusting is coming out on VOD and digital platforms on October 23, 2014, just in time for Halloween. So don’t you worry, V/H/S: Viral still features killer analog tapes with segments filmed by some of the best underground horror directors like Marcel Sarmiento, Gregg Bishop, and Todd Lincoln, just to name a few.

Magnet Releasing is handling the US distribution of V/H/S: Viral with a limited theatrical release cemented in stone. The film hits theaters on November 21, 2014.

I’m sure you already the saw the trailer, but just in case you didn’t, you can check it out right above.

V/H/S: Viral’s segments include the story of a deranged illusionist who obtains a magical object of great power, a homemade machine that opens a door to a parallel world, teenage skaters that unwillingly become targets of a Mexican death cult ritual, and a sinister, shadowy organization that is tracking a serial killer. The segments are tied together by the story of a group of fame-obsessed teens following a violent car chase in LA that unwittingly become stars of the next internet sensation.