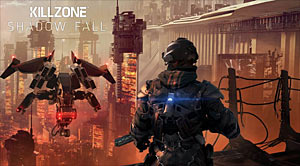 As of this evening, PlayStation 4 owners can take advantage of a special offer that will give them FREE access to the multiplayer component of Killzone Shadow Fall.

That’s right! Starting at 5:00 p.m. PST, you can give Shadow Fall multiplayer a go and kick ass online for free with your buddies until the end of the week. Best of all, you don’t need a PS PLUS membership to gain free access. It’s a limited time offer, so you may want to jump all over it while you can and test drive the first game on the PS4, which has sold more than a million copies as of January 2014.

Since its release, Shadow Fall has received numerous awards, including the Best PS4 Shooter and Best PS4 Graphics. Shadow Fall has also been highly praised for the multiplayer mode, which has had hundreds of improvements and constant balancing since launch day.