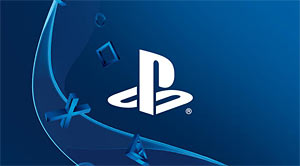 Gamers wanting to login tomorrow on the PlayStation Network won’t be able to because the service will experience a slight problem connecting at some point during the day. According to a post from Sony on a support page, the PSN will undergo regular maintenance on Thursday, January 15th. The task is expected to last about four hours.

“During this time, we will deploy a series of back-end improvements to the network,” said Sony. This appears to be nothing more than standard, regular maintenance, as Sony has used the same exact wording to describe previous service upkeep.

This officially means a short break on Destiny and a halt on watching movies via Netflix, but rest assure, the PSN will be back online after four hours.

“We thank you for your patience and support and apologize for any inconvenience this may cause,” Sony said.

This is the first scheduled PSN maintenance conducted by Sony since the Christmas Day DDoS attack, which took down the online service for a few days.