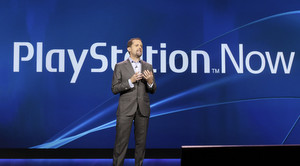 Yesterday, at day one of CES 2014 in Las Vegas, Nevada, Sony announced a new service called PlayStation Now. What is PlayStation Now? Well, it’s a cloud-based gaming service that will give gamers access to previous-generation games, such as PS2 and PS3, and gamers will be able to rent specific games or subscribe to the service so that they can try out tons of different games. Additionally, gamers will be able to use the Sony service on other devices, such as a tablet.

PlayStation Now is expected to hit later on in 2014.

We are evolving the business of how people access the entertainment they want. The tethers [that] restrict people will soon dissolve, [heralding] a new era of freedom of choice for movies, TV, music, and games.

Correct me if I’m wrong, but didn’t the Xbox One already do this? Seems to me that Sony is playing a bit of catch up… or it’s pulling a Nintendo and while it focused on a gaming console that’s mostly a gaming console, the company’s bigger plan was to get you on peripherals.

While Sony will begin testing its cloud-based TV service in the US later on in 2014, Andrew House, CEO of Sony Computer Entertainment, said that, “”People can have all of their favorite movies, TV shows, and sports programs available though a single destination.” Additionally, on the fly users will be able to switch their viewing from their PS4 to an iPad.

If you want an all-in-one entertainment hub, then, yeah, Xbox One is what you should buy.