PS4 Outsells Xbox One In January 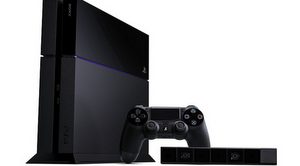 January numbers seem to be a fairer barometer to gauge the trending popularity of consoles, more so than launch numbers or Holiday numbers. Reason being that some of the dust has had time to settle surrounding the initial excitement of release and the Christmas rush. The trend might shift later, but for now, PS4 is dominating the next-gen console war in the U.S.

PS4 was #1 in sales for next-gen consoles in January, nearly doubling the nearest next-gen competitor.

The numbers PlayStation are referencing come from the NPD Group, which provides market information and advisory services to their clients. True enough that NPD doesn’t provide specific sales numbers on hardware sales, but what is reported is solid enough for PlayStation to boast that the PS4 is “the #1 selling game console in the U.S. in January, still #1 worldwide.”

The PS4 also knocked the Nintendo 3DS of its pedestal in January, as did the Xbox One, which is the second best-selling console. No one knows anything about the Wii U.

If what’s the top-seller after the launch and Holiday rushes are done has an influence on your purchasing decision, then there you have it; it looks like you’re going to be buying the PS4.