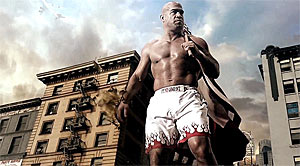 I had a feeling this was coming for Bellator since ticket sales for Bellator 106: Rampage vs. Ortiz are bad to start with. A week from today, Bellator’s first ever pay-per-view card was expected to happen, but was canceled on Friday afternoon when Bellator CEO Bjorn Rebney officially announced the bad news.

According to Rebney, Tito Ortiz is unable to fight because he fractured his neck, therefore the headlining bout with Rampage Jackson is a no go, which also means the same for PPV.

I’ve got bad news, and I’ve got great news, the bad news is that I can confirm that Tito has fractured his neck and will be unable to fight next Saturday. His doctors confirmed that fighting with Tito right now could have dire consequences, so Tito is off the card and our thoughts and prayers are with him in what we hope will be a great and full recovery.

Bad news usually comes with good news too, which means the rest of the stacked card will still be showcased. Rebney also announced that Bellator 106 is moving to Spike TV for “free”. That’s right! You can watch for free the highly-anticipated rematch between Eddie Alvarez and current Bellator Lightweight Champion Michael Chandler. A grudge match between King Mo and Emanuel Newton, and another championship fight between Pat Curran and Daniel Strauss, all for free on Spike TV.

The great news that I’ve got, because I’ve got the greatest partners on Earth at Spike and Viacom like Kevin Kay and people like Wade Davis, we’re going to give Chandler-Alvarez II for the lightweight title, [Muhammad Lawal] versus [Emanuel] Newton II for the light heavyweight interim world title, [Pat] Curran versus [Daniel] Strauss II for the featherweight world title, and a bevy of other really great fights, all to the best MMA fans on Earth, for free on Spike TV, Saturday night at 9 o’clock Eastern time.

Bellator 106 will be held on November 2, 2013 at Convention and Entertainment Center in Long Beach, California.