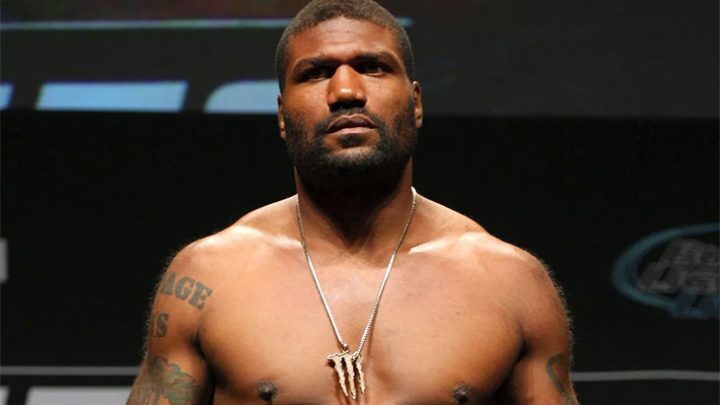 In September it sounded like Quinton “Rampage” Jackson would potentially return under the WME-IMG banner, but that’s not the case anymore for the former UFC light heavyweight champion.

Last Thursday, “Rampage” announced that he will stay with Bellator MMA and continue working with CEO Scott Coker. According to the announcement, “Rampage” inked an exclusive, multi-fight deal to remain with the company.

I am excited for this new beginning and looking forward to an action-packed 2018, I can’t wait to get back in the cage and put on exciting fights for both the ‘Rampage’ and Bellator fans.

Coker believes “Rampage” still has what it takes to draw more fans to the promotion with his “exciting” fight style.

With ‘Rampage’ Jackson, you know what you’re going to get every time he steps inside the Bellator cage – an exciting fight and interest from fans all over the world. I knew that keeping ‘Rampage’ with Bellator was integral to our continued growth as a promotion and I’m pleased that we were able to come to an agreement that allows us to plan some great future matchups for him.

At the moment, there’s no official date set for his return, but we expect to see “Rampage” back early next year. His most recent bout was a unanimous decision loss at heavyweight to “King Mo” Lawal in March 2017.