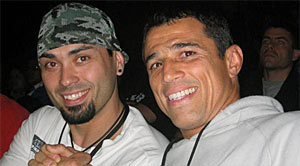 That’s what Eddie Bravo said in a recent announcement made by Metamoris, who sounds really eager to get a jiu-jitsu rematch with Brazilian jiu-jitsu practitioner Royler Gracie. If you don’t recall, Bravo submitted Gracie via triangle choke at ADCC back in 2003 in Abu Dhabi. According to MMA Fighting, Bravo is the first American to ever submit a member of the Gracie family in competition. That happened exactly a decade ago, and now the rematch the fans have also been waiting for is officially set in stone.

However, a time and date for the big event hasn’t been announced yet.

“I’ve wanted a rematch for 10 years,” said Bravo at the Metamoris 2 post-fight press conference at Pauley Pavilion. “I got lucky to go against a legend once. Most people, most lightweights, their dream was to go against Royler. I was lucky enough get pitted up against him. If Buster Douglas got a rematch, that is something I would want to see.”

Additionally, Gracie also commented about the rematch, and that he will be 100 percent ready this time.

“Make a little mistake and you’re done,” Gracie said. “Just one little mistake. I’ll try to do my best for the next one. Who knows what is going to happen this time, but for sure I’m going to be 100 percent.”