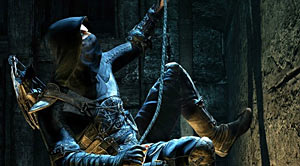 Microsoft has already confirmed the other day that they will reveal the Xbox 720 at an event on May 21st, which will introduce the new console and its capabilities with next generation of games, TV, and entertainment. We are looking forward to all those spicy details, and we also just learned today that Eidos Montreal may be developing Thief 4 for the Xbox 720. So imagine if Thief 4 was a part of that presentation next month, and that in my opinion would be totally sick.

Sadly, I’m just making that part up, but according to a Linked Profile of a developer at Eidos Montreal, Thief 4 is listed as in development for “PS4/Xbox 720/PC.” For those of you who want to play this game next year, and are already fixed in buying an Xbox 720 should expect Thief 4 to be available on this console.

Although this is still speculation, publisher Square Enix has only confirmed the stealth action game for the PlayStation 4, Windows PC, and other next-gen platforms.

No official date is attached for the launch of Thief 4 yet, but sources are saying sometime in 2014 to say the least.