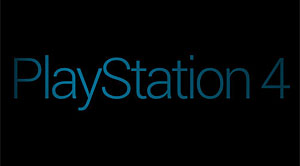 Hold your horses if you’re in the market for a slim PS3 console because Sony is on the verge to unveil something big on Wednesday, February 20, 2013. According to the PlayStation Meeting 2013 website, Sony is planning to show a video titled “PlayStation Evolution” during the event, and the word on the street is that they might tease the new PlayStation 4, which is rumored to be released late this year.

Earlier this week, two photographs of the PS4 devkit controller was leaked that might be a part of Sony’s surprise on Wednesday. Trusted sources of IGN have confirmed that the pics are indeed real, but is only a prototype and the final design could change later. Based on the pics, you can see the new DualShock controller is upgraded with a touch screen replacing the start and select buttons, an audio output has been added, including an integrated speaker. As to what the functionalities are with these new features is still very much unclear, and maybe will know more about them this week.

Additionally, The Wall Street Journal reported that the PlayStation 4 will be able to stream our current PS3 games over a cloud streaming service. Last year Sony did enter such a service when they announced a “definitive agreement” to obtain cloud gaming network Gaikai for approximately $380 million. This new technology is also expected to be talked about at Sony’s unveil on Wednesday along with the next-gen console.