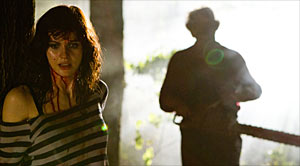 Are you interested in checking out some behind-the-scenes footage for Texas Chainsaw 3D? If so, we have a new b-roll video released by Lionsgate that features some of the cast and crew in action during the filming of the film, including a quick look at Gunnar Hansen and Marilyn Burns.

Check out the video clip above and drop us a comment or two about it below.