Godfather Empire Review For iPhone – Or: Leave The Gun, Download The App 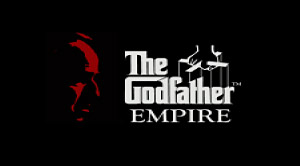 Odds are, when Francis Ford Coppola finished making The Godfather in 1972, the furthest thing from his mind was the eternal question: “I wonder if they’ll ever make an App for this…?” Here we are in 2011 and somebody somewhere finally answered that fictional query. Finally, there IS a Godfather app, available completely free on iTunes.

Ever wonder how to translate a multi-generational crime saga to iPhone? Simple. Completely ignore the entirety of the sweeping storyline and settle for creating another Lifestyle Simulator, similar in tone and concept to Mafia Wars and its legion of clones, such as Original Gangstaz, Global War, Street Racing, Couch Potato and Useless Unemployed Lazy Ass Bum. Ok, admittedly I made up a few of those. But I’d totally play a Lazy Bum App. Well, I wouldn’t actually PLAY it since that would defeat the purpose.

You are [Enter Wiseguy Name Here], a low-level enforcer in the Corleone crime family, headed up by Marlon Brando’s cotton-mouthed Don. According to the fine folks at gangstaname.com, my mob name is Anemic Cosimo Delucci, so that’s what I picked. In the tradition of countless games before it, Godfather Empire tasks you with completing missions to earn XP, buying up property to generate income and picking fights with fellow gamers for monetary and experience rewards. What’s unique about Godfather Empire is that everything is era-specific. You won’t find any nuclear bombs or M60 machine guns here. It’s all revolvers, tommy guns and other, more low-tech means of destruction.

Weapons Of Mass Destruction, circa 1936.

Missions involve sabotage, muscling weaker mobs out of their territories, recruiting new thugs to add to your mob and the ever-popular “whacking” or some poor sucker who no doubt had it coming. Hey, I’m a soldier, I don’t get paid to ask questions. Leveling through missions is standard fare for the genre but my biggest pet peeve with Godfather Empire rests in its combat, which is unintuitive and a bit broken. The fighting relies on a sort of rock/paper/scissors mechanic, which is frustrating and seemingly random. Also, it’s entirely possible to dominate much more powerful opponents only to turn around and get spanked by a seemingly harmless player.

Other weaknesses include requiring the player to have a huge number of fellow App owners in his gang before tackling certain missions, leveling becomes painfully slow at higher levels and a general lack of polish in teaching players how certain aspects of the game works. The familiar Godfather theme plays continuously, wearing out its welcome very early on. On the bright side, graphics are pleasing to the eye and character artwork is very detailed and engaging.

Smile, Frank! Aw come on, just a little smile for the camera!

Overall, Godfather Empire is a pretty decent game. As far as this genre goes, you could do worse. Any of the Storm8 produced games, for example. It’s not innovative but it is worth checking out.