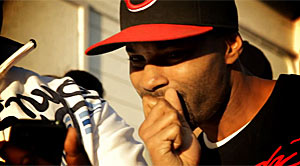 Battle Rap Stars is the only mobile game application capable of evaluating and scoring original rap performances. In Battle Rap Stars the better you rap, the higher your score and the further you progress in the game, going head-to-head with well-known rappers along the way. It is available now for the iPhone and Android.

“We are takin’ battling to another level SON,” says rapper Hopsin, challenging users to take him on.

“Getting past these other rappers is even hard for me, so you have to seriously bring it in order to make it to the final round,” says Paul Wall.

Battle Rap Stars is on sale now for a limited time for only $0.99 at the iTunes App Store and will be available in the next few weeks in the Android Market. For more information, visit the official site.