Will Nate Marquardt Signing With BAMMA Bring The UK Promotion Exposure In The North American Market? 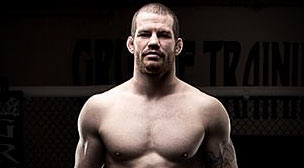 For anyone who hasn’t followed news on Nate Marquardt the last few weeks, Dana White released the middleweight fighter for not passing the medical requirements by the Pennsylvania State Athletic Commission for his fight against Rick Story at UFC on Versus 4.

We found out later that Marquardt had an increased testosterone level above the limit given by the commission and was suspended. Matquardt explained it all in an interview a few days after his firing. He then announced he had signed a deal with the UK promotion BAMMA.

Now the question we are asking here at Yell! Magazine is whether the signing will bring some serious exposure to the North American market for the British promotion. Does Marquardt have the star power to draw American eyes across the Atlantic or will he become another forgotten fighter languishing in the second tier MMA promotional world?

Our opinion is the latter. Until Marquardt makes it back to the UFC, or at least STRIKEFORCE, his fights will mostly be ignored by American MMA fans. Marquardt, although always a serious contender for the middleweight belt, has made his run at the championship three times and failed on every occasion. He lost to Anderson Silva at UFC 73 in a title fight, then lost to Chael Sonnen in his 2nd run (UFC 109), then lost to Yushin Okami in his third run (UFC 122).

Marquardt, has always had a cloud of doubt around him when the subject of being juiced is mentioned. His suspension back in 2006 by the New Jersey State Athletic Commission for anabolic steroid use (nandrolone) started it all. It’s unfortunate, but guys with physiques like Marquardt (heavily muscled, little body fat) will always be suspected of juicing. In fact, the whole sport is rife with suspensions for illegal steroid use. Chael Sonnen, the man who beat Marquardt to gain a title fight with Silva, tested positive for steroid use as well.

The fact that Marquardt has never been a title holder in the UFC and has tested positive twice for steroid use (for whatever reason) gives credence to the argument that the UFC’s middleweight division will continue on in Marquardt’s absence without making anyone ask whether its champion is worthy of the honor. Therefore fan’s desire to search out BAMMA in order to see the Wyoming native fight will probably be limited.

If BAMMA does gain some traction in North America from the star power of Marquardt, it will be from his hardcore fans, but not much else.