Titans Eve is a metal outfit coming out of Vancouver, British Columbia, Canada, and their debut album, The Divine Equal, drops on February 1st. For an independently released debut album, Titans Eve are being pretty ambitious as The Divine Equal is a concept album that deals with themes found in John Milton’s epic poem “Paradise Lost” and The Book of Genesis. However, the band pulls it off since this is an album you will want to listen to again immediately after your first time through it.

Though they wear their influences (Iron Maiden, Judas Priest, Megadeth, Metallica) on their sleeves, Titans Eve have managed to forge a unique sound and to put their own personal touch on what could be called the next generation of thrash metal. The vocal style, a strained shout that approaches metalcore at times, of lead singer Brian Gamblin stays well within the realms of 21st century metal and he never veers toward the high-pitched wails found in the New Wave of British Heavy Metal, despite some of Kyle Gamblin’s guitar solos approaching that era of metal.

The majority of the guitar solos are truly melodic and I’d say that they begin to approach an Iron Maiden style, albeit much shorter; however, Kirk Hammett and Dave Mustaine’s influence can also be heard and, in the end, Titans sound much more like Killswitch Engage or DevilDriver. Still, the guitar solo near the end of “Judgement,” one of the stronger tracks on The Divine Equal, sounds like the main riff in Judas Priest’s “Breaking the Law” as Dave Murray would have played it.

Though there are plenty of anthems on The Divine Equal for a crowd to get into (“Judgement,” “Becoming the Demon,” “Tides of Doom,” “Nightfall”), Titans Eve occasionally touch on some post-hardcore, such as on “Searching for Nothing.” As a whole, the album is rife with machine-gun drumming and guitars, some cool riffs, occasional breakdowns, and even a few moments to breathe courtesy of “Dusk.” One of my favorite moments on the album is the slow build into the guitar solo on “Into the Fire,” which is just basically some thunderous riffing.

The Divine Equal comes at you like an angry freight train; it’s a hard-hitting, powerful, driven, and well-produced debut from a band with a bright future if things go their way. Get this album now as Titans Eve will surely be on the bill during many summer metal festivals. 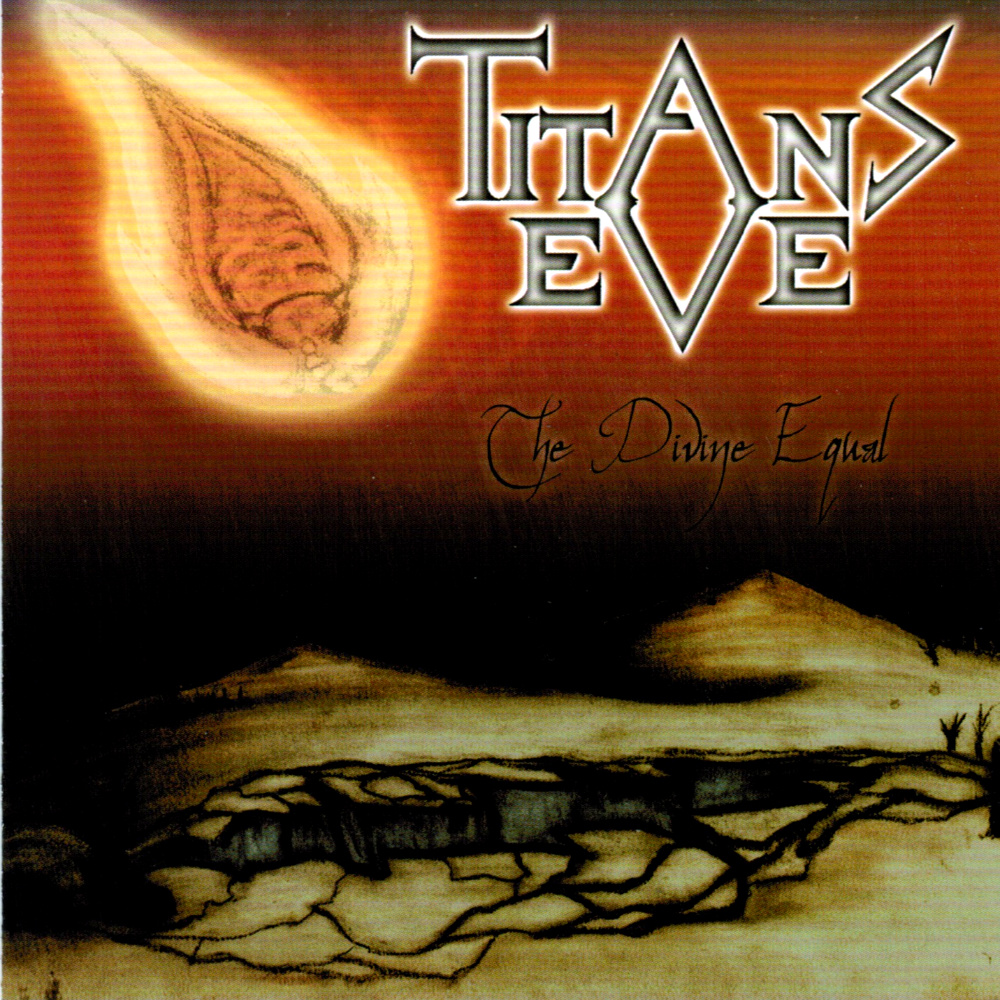