50 Cent and Nicki Minaj Not in Top 10 Most Cash-Obsessed Rappers, Study Finds 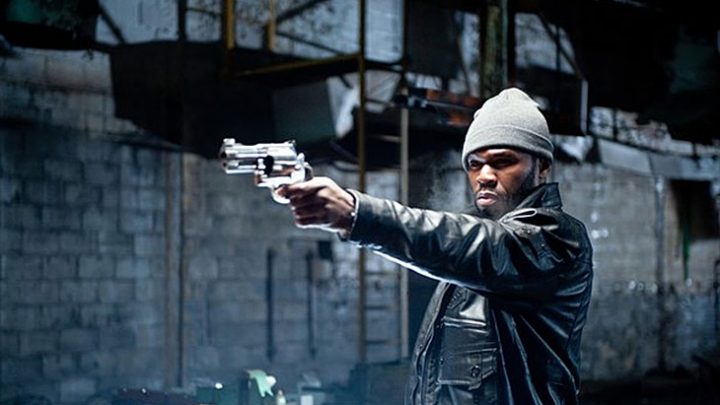 While there are always outliers, a lot of rap music is about self-hype and gesticulation that the artist is better than anyone else who may wish to compete. This is done by rapping about the number of women and men who find them attractive, making threats and, most importantly, the stacks of cash that the rapper keeps in the back of a white Rolls Royce.

The adoption of the music video and rise of television channels like MTV in the 80s has built towards rappers not only boasting through lyrics, but also being able to show three-minute clips of them surrounded by luxury items, money, and often many members of the opposite sex. There’s a lot of bragging, posing and wild claims flying about - but it’s generally very entertaining, and there’s no doubt that many people listening buy into what many of these rappers are selling.

By analysing the words in every song released by the current top 30 rappers, the study sourced which ones like to brag about being the richest hip hop artists the most, with the results being somewhat surprising.

Old school rapping wasn’t so much about the money

Among the current top 30 rappers of 2019, stand some whose tracks are now deemed to be classics of the genre, joining the likes of 2Pac, Ice Cube, Notorious B.I.G, Jay Z, and 50 Cent from this new wave of hip hop artists currently on the scene. Despite money often being a bragging point, and one of the artist’s names literally featuring a monetary denomination, none of them broke the top ten of cash-obsessed rappers.

Having filed for bankruptcy in 2015, while simultaneously posting a photo of his stacks of banknotes and a video of his new “crib” in Africa, one would assume that 50 Cent is indeed a cash-obsessed rapper. But the ‘I Get Money’ artist only averaged 0.94 cash terms in his 252 songs. The other legends of the rap game in Ice Cube, Jay Z, Notorious, and 2Pac also all ranked below 50 Cent, who clocked in at 14th in the cash-obsessed rankings.

Newcomers are all about the cash

While two of the biggest and most well-established names of the modern rap scene, Nicki Minaj and Drake landed at 26th with a 0.65 average and 29th with a 0.62 average, respectively. The top-end of the rankings was still dominated by a newer crowd of rappers, such as Cardi B and Lil Baby.

Starting out the top three was Lil Uzi Vert, the study found, with his most-mentioned cash terms across his 108 songs being ‘money,’ ‘diamond,’ and ‘ballin’. From Lil Uzi Vert to second place, where the average percentage jumps from 1.44 to 1.54, with Cardi B being significantly more cash-obsessed across her 68 fewer songs. There’s little doubt that this average will see an increase when the ‘Money’ singer gets back into the studio after her glitz-and-glamour-laden Las Vegas residency.

Coming out at number one and obliterating the cash-obsessed Cardi B was Playboi Carti with an almost absurd average percentage of 1.8 through his 78 songs. With a new album on the way soon, it will be interesting to see if Playboi takes up the reigns of cash-obsessed aesthetic, or if the new tracks dilute his recorded love of money.

Its seems as though the young guns of the rap game have moved on from the issues and interests of old, deciding to focus more on the material effects of life than ever before.