Beyond The Sky Gets Acquired + Release Date 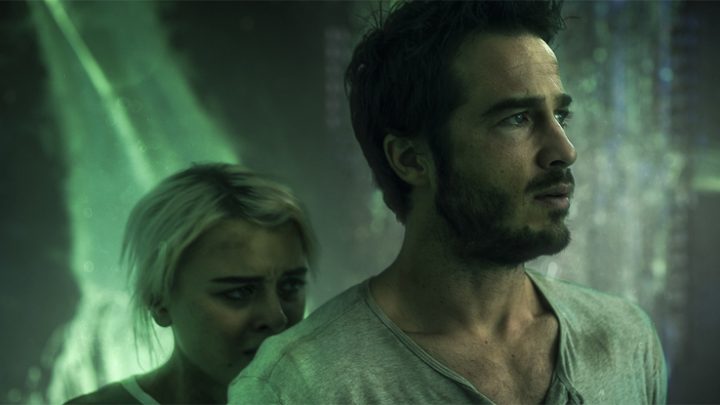 RLJE Films has acquired all North American rights to the upcoming sci-fi thriller Beyond the Sky. Based on a story by Fulvio Sestito, Rebecca Berrih and Warren Thomas (Tell Me How I Die), the film was written by Thomas and Marc Porterfield (Fear the Walking Dead: Flight 462). Sestito, who has won numerous awards for his short The Showdown, and has worked with Guillermo Del Toro’s Mirada and Tim Miller’s Blur Studios, makes his directorial debut with Beyond the Sky, which stars Ryan Carnes (Valentina’s Wedding), Jordan Hinson (Eureka), Martin Sensmeier (The Magnificent Seven), Don Stark (That 70’s Show), Peter Stormare (Fargo), and Dee Wallace (E.T.). RLJE plans to release the film in theaters and on VOD and Digital HD on September 21, 2018.

Beyond the Sky Synopsis:

In Beyond the Sky, Chris Norton (Carnes) has a powerful and traumatic connection to alien abductions since his early childhood, but, in his gut, he knows they are not real. Setting out to disprove the alien abduction phenomenon once and for all, he attends a UFO convention to meet alleged abductees and reveal the truth behind their experiences. It is only when he meets Emily (Hinson), who claims to have been abducted every seven years on her birthday, that Chris realizes there may be more to these claims than meets the eye. With Emily’s 28th birthday only days away, Chris helps her to uncover the truth as they come face to face with the reality that we are not alone.

Beyond the Sky was produced by Rebecca Berrih (2 Scoops of Love) through her company Elysian Fields Entertainment, Martine Melloul (Breaking & Exiting) from Kali Pictures, and Evan J. Cholfin (Higher Power), and was executive produced by Richard Esposito, Nathanael Eisenberg, Dany Berrih, Samuel Berrih, Roland Bijaoui, Barron De Sanctis, David Berrih, and Marc Loven. Travis Walton, author of the renowned memoir Fire in the Sky, about his own alien abduction experience, served as a consultant and has a cameo in the film. Highland Film Group is handling the foreign sales and will be representing the movie at TIFF 2018.