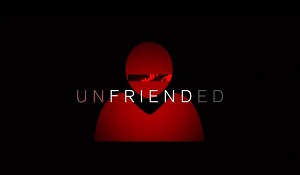 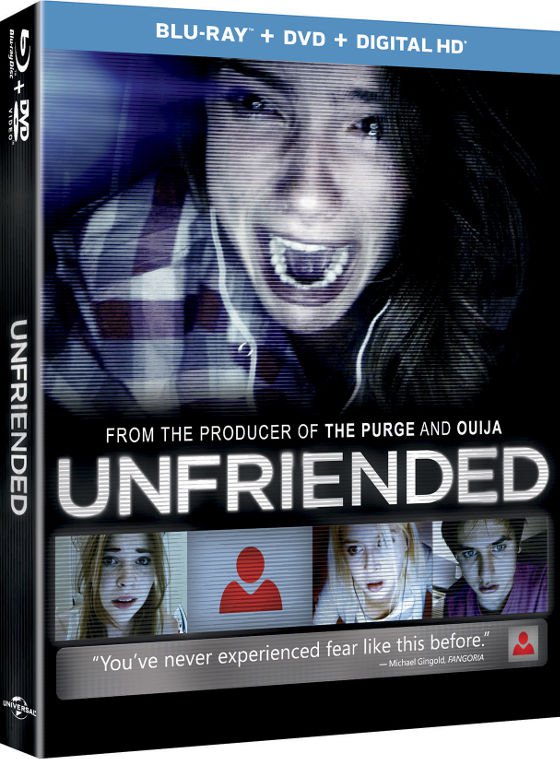 The Skype-centric horror film which turned many heads, including ours, at film festivals last year under the original title, Cybernatural, is finally hitting the street this summer. Now, retitled as Unfriended for North American audiences, is one of the first in a new generation of found-footage thrillers coming to Digital HD July 28, 2015 and Blu-ray, DVD and On Demand August 11, 2015, from Universal Pictures Home Entertainment.

Like I said, we saw this fine film last year in Montreal at Fantasia with our own bloody eyes and gave it 4 skulls out of five (review here). We even had a chance to interview Leo Gabriadze, the director behind this genre redefining thriller, who strongly believes there will be lots of sequels to come.

I believe there will be a lot of sequels, said Gabriadze. Because of the world we live in it is impossible that people will not tell the stories that happen to them on the desktop. This is a very democratic time. If you have a computer and you know how to edit, if you have a couple friends who can play actors, there will be even more than with just a video camera, so film is a little bit more democratic. I encourage everybody to get their Skypes on and to tell their stories no matter which genre.

Those who still haven’t seen Unfriended, give a shot next month. We promise you’ll love it!