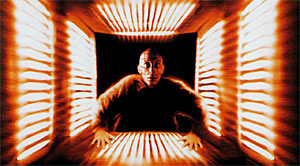 If the name Saman Kesh doesn’t sound familiar to you yet, don’t lose any sleep over it because at the moment he is an up-and-coming director to watch out for and has a very bright future ahead of himself in Hollywood. Kesh is attached to two amazing movies, which we think scream success.

From what we know, Kesh is an accomplished director in independent cinema, his short and music videos always get a lot of attention because they’re all very well produced and his eye for detail is impeccable. With a quality short such as Controller, which got picked by FOX as a feature-length movie, it’s just a matter of time before we see his name pop up even more in Hollywood.

We just got word from The Hollywood Reporter that Kesh is now lined up to helm the remake of the 1997 Canadian sci-fi/thriller, Cube, off a screenplay written by Philip Gawthorne. Titled Cubed, this is a modern-remake that will be based on the original setup with seven strangers trapped inside a dangerous cube:

Using the original setup of seven strangers trapped in a giant cube-like structure, Cubed is described as a sci-fi survival thriller about artificial intelligence, humanity, and the birth of a new ‘digital’ race.

We aren’t usually fond of remakes, but this one has our mind trapped all over it. Cubed will be produced Roy Lee and Jon Spaihts, alongside Adam Stone from Vertigo Films.