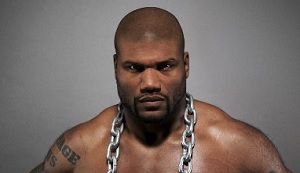 UFC fans who have been looking forward to seeing “Rampage” Jackson return to the Octagon at UFC 186 later this month will be disappointed to hear that the former UFC light heavyweight champion lost the preliminary injunction hearing filed by Bellator MMA in the Burlington County Superior Court of New Jersey on Monday.

This forces “Rampage” off the UFC 186 co-main event against Fábio Maldonado in Montreal, which is slated for April 25, 2015, at the Bell Center. “Rampage” previously claimed that Bellator MMA breached its contract by failing to provide him with pay-per-view buy rates for Bellator 120 and failed to properly promote his past events in the organization.

Now, Bellator MMA has full control over “Rampage” again, preventing him from competing in the UFC until his contract is up:

We are pleased by the judge’s ruling and look forward to having Rampage fighting for Bellator again soon.

“Rampage” is clearly upset about the situation and already had a few words to say on Instagram today. It sounds like his future in MMA may be back to a complete halt.