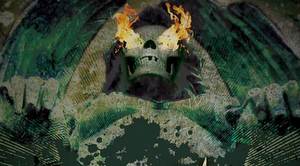 Hatebreed‘s Jamey Jasta has a new song with his side project, Jasta. The track, appropriately titled “The Immortal,” was written for the UFC’s Matt “The Immortal” Brown and is going to serve as the fighter’s new entrance music. While you’ll have to wait till UFC 185 on March 14th, when Brown fights Johny “Bigg Rigg” Hendrick, to see “The Immortal” enter to his new music, you can hear the new track right here on Yell! Magazine:

Visit Jasta’s Bandcamp page to purchase both the extended and the original versions of the track. Otherwise, “The Immortal” will be available for purchase on March 10th via iTunes and will also be available for streaming via Spotify.

I’ve been thinking about releasing new Jasta tunes for a while now, so when Matt “The Immortal” Brown asked me if I’d be interested in putting something together for his entrance music, an idea instantly came to mind. I’m a big fan of his so this worked out perfectly. Matt is fighting March 14th at UFC 185, it’s gonna be a war!