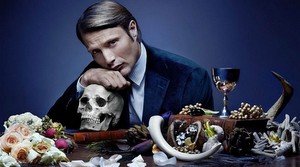 According to Entertainment Weekly, Hannibal, Season 3, has been postponed till the summer instead of its usual spring season. Despite NBC’s Entertainment Chairman Robert Greenblatt confirming, “it’s a show we love, it’s critically acclaimed, we love it… and we also love summer. We have exciting plans for summer,” one has to wonder what’s going on. Last year it was questionable whether or not the show would get picked up for a third season, and now it’s being postponed. What gives?

True enough that Hannibal is probably one of the most beautifully shot and goriest crime dramas on television, but will fans have the patience to wait until the summer? Perhaps the network is hoping to pick up some new fans and higher ratings during the summer when there’s less competition, and we hope it works out for them, but it’s possible that the show will lose some core fans and it might prove difficult for a show to gain new followers in its third season. Plus, it’s such a dark and heavy show, so airing it in the summer, when people are looking for fun and happy forms of entertainment, might prove perilous.

What do you think: Is it a mistake to air Hannibal in the summer? If you’re a fan, does this strike you as a bad move?