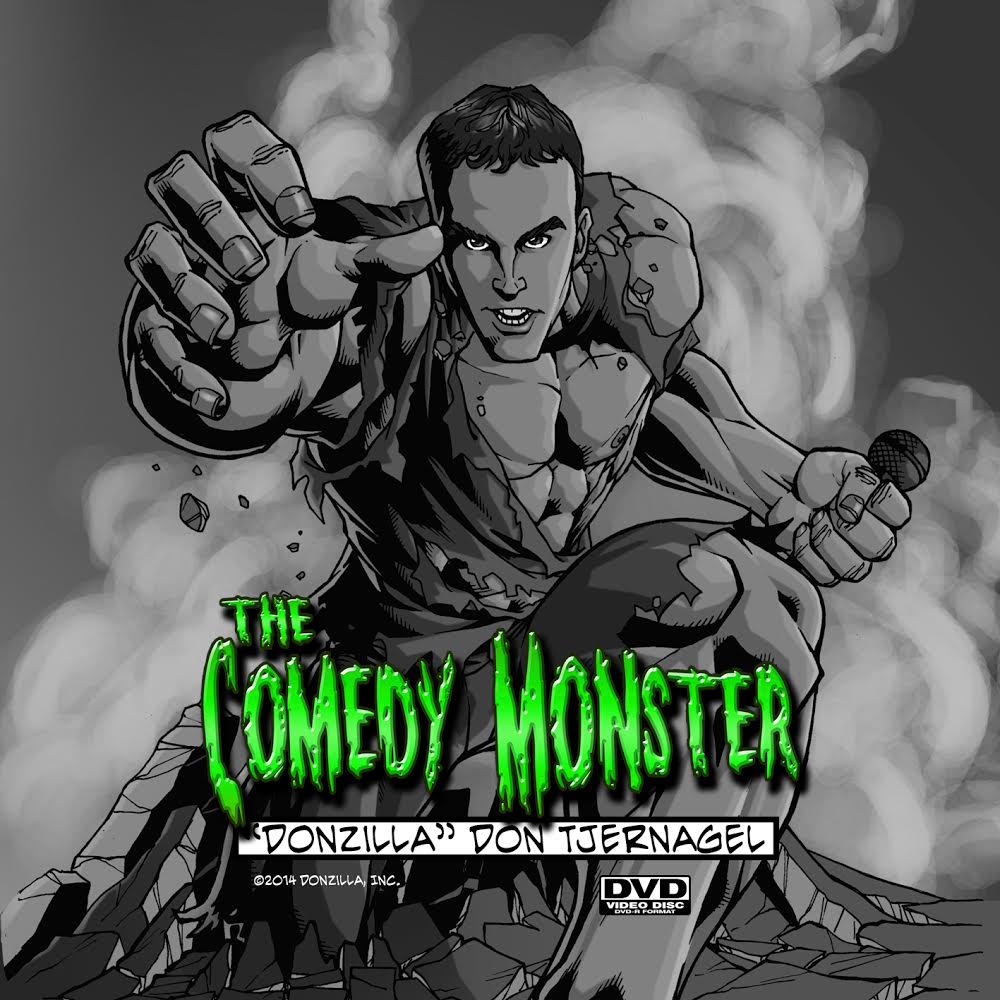 The dirtiest thing in films to me is when there’s a warning before a movie and then the movie fails to exceed that. It’s like when a trailer for the newest summer blockbuster movie has little quotes from top notch magazines, “The best blockbuster film of the year! Four stars,” and then the movie is utter shit (I’m looking at you Cowboys And Aliens).

On The Comedy Monster, the newest standup DVD from Don “Donzilla” Tjernagel, the warning label found in the introductory animation scene (which is entirely unique due to the comic book representation of the comedian with original music by Jake McCready) clearly states that this will have material that is: politically incorrect, socially overt and sexually explicit.

And boy did he deliver. From the beginning of his standup where he describes being big and rapey, to finding out his sperm resembles him, and even to the end of his routine where he brings out his morality issues on dildos. This type of standup is often referred to as “dirty comedy” because of the over-the-line approach to creating jokes. The stories found within the jokes are a roller coaster, but instead of ending in a typical, cutesy fashion, the final punchline twists and takes a stab at the audience in a brilliantly grotesque way. His twist on small town hypocrisy with white Lutherans versus racial stereotypes is beautifully precedented (he’s based out of Iowa currently and has seen his fair share of contradictions).

The entirety of the routine is not just blatantly dirty to be dirty, there is an extreme knack of intelligence behind it. When Donzilla offends nearly every race in one long story, he is doing it as a way of taking nouns and changing them to verbs. Even when he is at his loudest or in a vulgar joke, his voice is never over-the-top. The jokes bring their own sense of challenge in finding a way to take a step further in their delivery, like when an old man has a heart attack in the middle of a set. It’s an awful situation, but given the context clues of him being an asshole, wouldn’t anyone just want to finish the set?

The Comedy Monster was produced by Don himself. The camera work was by Adam Kokontis (from Pro Video). The release date is December 2, 2014.