What Are The Secret Titles Warner Bros. Registered For Batman vs. Superman? 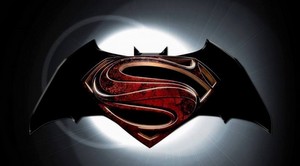 Earlier this week, Warner Bros. (WB) registered several titles that could lead to a new title for the Batman vs. Superman or World’s Finest movie. WB used MarkMonitor to register the names, and the company is the same WB uses for warnerbros.com and it’s the registrar for the SupermanvsBatman.com domain.

In addition to a long list of domains, Fusible stated:

Shorter variations of the names were also registered like, Battle the Knight, Black of Knight, Knight Falls, and The Blackest Hour.

Those shorter options seem a little Batman-centric, and thus, suck.

I encourage you to debate over which one is best or to suggest one of your own, but my money is on WB covering bases and protecting their options.