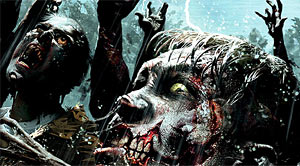 Deep Silver CEO Dr. Klemens Kundratitz recently revealed his stance on video game piracy in a report by Penny Arcade. Basically saying the best way to fight piracy on the PC is to not fight it at all since the issue has been part of the business for decades.

A reason why Deep Silver has been so successful all along is because the publisher placed focus on launching titles for the PC at the same time for consoles. Kundratitz said most publishers are afraid to do that because they “fear the piracy issues”, and it has nothing to do with development difficulties.

In a business plan, we typically ignore [piracy]. It’s not something that is new; it’s something that has been part of our business for decades. As a publisher you just live with it, yes?

In addition, Kundratitz also confirmed he has no interest in creating their own digital rights management (DRM) platform like Ubisoft’s Uplay, and Origin from Electronic Arts.

Uplay is not the way we want to approach things, definitely. I think we just need to make sure that the games we publish are worth the money, and certainly there is always this piracy situation that any publisher has. No publisher can tackle, really.

Lastly, he pointed out on Twitter to PC gamers, “we got your back”, by the sound of that I’m pretty sure Deep Silver will continue to support and develop PC games alongside the PlayStation and Xbox versions for the long run.