Deep Silver To Announce Something “HUGE” At PAX East – Will It Be Saints Row 4? 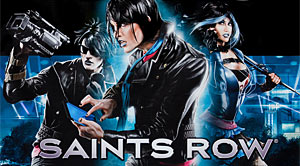 The Saints Row franchise was previously owned by THQ, which is now defunct. The new owners are anxiously teasing something “huge” this month at PAX East.

Dear media: You're going to want to be at PAX East this year. If not, you're going to be missing out on something HUGE. Just FYI!

Will it be the highly anticipated Saints Row 4? Video game publisher Deep Silver acquired the title from THQ back in January for $22.3 million, it was also announced in 2011 that the next installment will be “wilder” than Saints Row: The Third, according to THQ’s Danny Bilson. However, no further details were unveiled.

“It’s a good example of how you take what you have and you say, ‘What can happen in the next?'”

Saints Row 4 is officially in development for PC, PlayStation 3, and Xbox 360. PAX East is slated for March 22-24 in Boston, Mass.