Ben Affleck’s Batman Will Be Huge 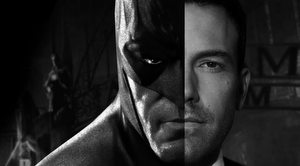 Just about everyone with an Internet connection is pissing all over the August 22nd casting news of Ben Affleck portraying Batman in the forthcoming Man of Steel sequel, Batman vs. Superman. (Even King Hazard took a jab.)However, Warner Bros. CEO Kevin Tsujihara stated to Variety that Affleck is “perfect” for the part and that the WB consensus is that “it’s going to be huge.”

Tsujihara went on to say that “it’s the perfect springboard for Batman and Superman” and that “Ben is perfect for the vision Zack [Snyder] has for that character,” which is a “tired and weary and seasoned [Batman who has] been doing it for awhile.”

I’m sure that I’m not the only one drawing similarities, but that sounds an awful lot like Frank Miller’s graphic novel, Batman: The Dark Knight Returns. While Miller has no official writing credit on IMDB, iO9.com has reported that he will informally be consulted by Snyder.

Affleck will star alongside the latest Superman, Henry Cavill, and Batman vs. Superman is expected to hit theaters in July 2015. Let’s hope this marks the beginning for DC success with an ensemble cast.

Yell! at us below about your thoughts on Affleck being cast as the new Batman.