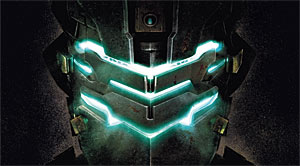 Dead Space fans rejoice because the first film adaptation is in works, including a franchise. EA officially announced the news during the San Diego Comic-Con panel about video game adaptations entitled “Video Games to Movies: Is The Golden Age Upon Us?”.

This shouldn’t be a big surprise since the video games series was a commercial success with each entry. Although Dead Space 3 missed a sales forecasts set by EA, the game still sold a whopping 605,000 copies in North America during its debut month.

Justin Marks (Street Fighter: The Legend of Chun-Li) is attached to draft the Dead Space film script, and producer Neal Moritz (Total Recall, Battle Los Angeles) will co-produce. During the panel, Marks said the film shouldn’t be 100 percent faithful to the game in terms of execution.

“You would be making ‘Event Horizon’ or ‘Alien’. I’ve already seen that movie.”

He also added, the filmmakers should focus on telling the story of the main character in a way designed for the medium. At the moment, the script isn’t fully fledged out yet, and EA is still looking for studios to fund the film adaptation.

You can expect more announcements about the Dead Space film to come shortly.