Isaac Clarke just can’t rest! Every time it seems he’s put an end to the vile Necromorph plague and those pesky markers, he discovers another piece of the puzzle just aching to be made whole. This time, it’s the frozen world of Tau Volantis. Two-hundred years ago, something awful happened here, and now our hero – not to mention new co-op character John Carver – must piece together the events of the past to discover the very origin of the markers and just what the hell is going on in the universe! Old and new faces show up to aid in the process, and Isaac must decide if he is willing to pay the ultimate price to give Earth another tomorrow. 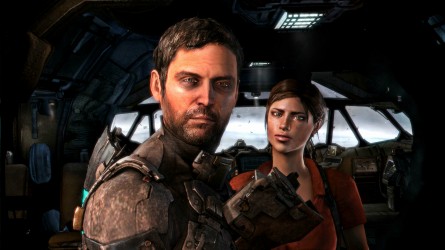 Longtime fans have been more than a little vocal about their concerns over the new highly publicized co-op capability and huge action set-piece moments. Many have bemoaned developer Visceral Games’ willingness to turn its back on the tight-corridor/survival-horror roots of the series. Well, rest assured, nervous gamers, the core Dead Space experience remains intact. Yes, there are new over-the-top action moments, but these do not occur with any level of frequency. Furthermore, the chills, thrills, and spooks are every bit as present as they’ve ever been – you will be on the edge of your seat! In fact, early portions of the game that play out in a 200-year old abandoned flotilla are classic Dead Space. Your eyes will be glued to the air vents as you search out a means of entering the atmosphere of Tau Volantis. 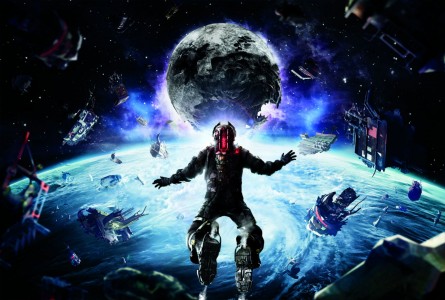 Graphics are more beautiful and detailed than they’ve ever been, right down the the individual stitching on certain character outfits. Visceral has always put together breathtaking scenes in space, and this game is no different. Whether it’s a stunning planet scapes or a gritty city on the moon, this is beautiful stuff.

Oh, and let’s not forget that this game is just plain fun. 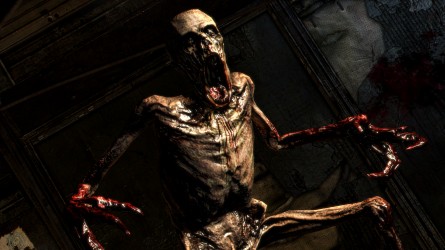 There are some exciting new enemies to combat that are, in a word, horrifying. None more than this one necromorph that moves at lightning speed and in completely unpredictable patterns. There is a new enemy that attacks in pack formation similar to Dead Space 2, but this one is a little creepier and its AI makes the previous iteration seem lacking. Isaac will also do battle with unitoligists. Human enemies are a series first, and though these are tough foes, Visceral has done a wonderful job of spreading these encounters out.

The number one problem with this game is the awful checkpoint system. While playing in marathon sessions, it’s not so bad to die and start over a little further back from where you were. However, the “save and quit” function from the pause menu is outrageous. Don’t be surprised if you’re forced to replay vast sections after reaching an autosave point and hit save and quit.

Story elements are mostly contrived, and we’ve all seen them before. Who can forget a story as played out as the good old-fashioned guy-loses-girl, girl-gets-stranded, guy-dismembers-space-zombies-then-wins-girl-back? Seriously though, while interesting to learn the origin of the markers and the necromorphs, everything from the story line to the tacked-on and useless NPCs seems like little more than filler. 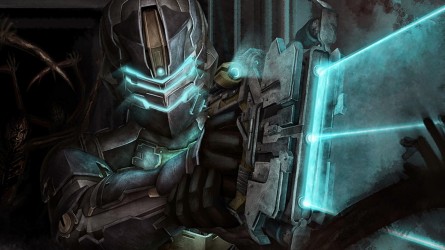 Later in the game, a new mechanic is introduced in the form of amplifier pads. This allows for your TK and kinesis abilities to be supercharged. This is especially exciting when we learn that dismembering the necromorphs with kinesis becomes possible. Though this is an interesting addition to the gameplay, it’s too little, too late and could’ve been used in better ways.

Kinect capabilities are basically worthless. Sure, you’ll check them out, but it’s so much easier to just use the button inputs.

That dude Carver sucks. He’s boring and his voice actor is little more than functional. Certainly he is inoffensive as a co-op partner, but he’s hardly as cool as Isaac, particularly during his super-irritating “Am I a good man?” speech. 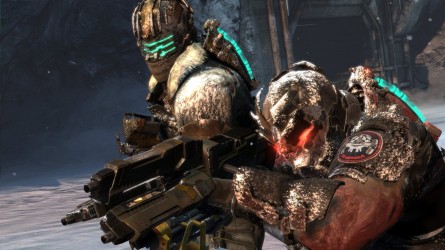 While it’s pretty fun to jump online with a pal and kill those space zombies, it kind of takes away from the scarier aspects of the series. And though it is possible to find a quickmatch with a decent random player, we can’t recommend trying out the co-op without a gamer you know and trust.

You will have fun playing this game, but realize that those new to the series or those looking for the same tight-corridor gameplay may not get all they can out of Dead Space 3. Isaac Clarke is one of the coolest characters of the generation, and finally having all the answers is worth playing the game alone… you should probably get out there and pick this up right away. 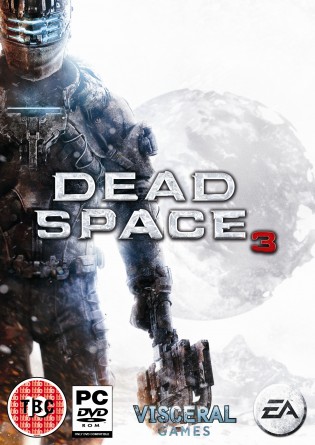