Lambesis Out On Bail 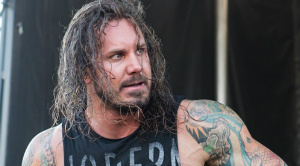 tim lambesis – out on bail

Tim Lambesis, of As I Lay Dying, was released on $2 million bail yesterday afternoon. Under the conditions of his release, he is to wear a GPS tracking device (so he doesn’t go on the lamb) and he is to have no contact with his wife Meggan or his three adopted children.

Since his arrest on May 7th for murder-for-hire charges, Lambesis has been held at the Vista Detention Facility in San Diego County. The details of the charges claim that Lambesis attempted to hire a hit man to murder his wife, providing security codes to the property, photographs, money, and times that would give him an alibi. In defense, Lambesis’ lawyer is pointing to conspiracy and steroid use.

Lambesis’ next court date will be a readiness conference on June 26th.