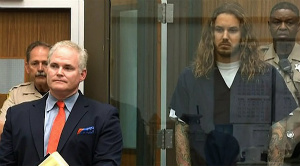 Tim Lambesis will have another bail hearing tomorrow, Friday May 17, 2013, at 1:30 p.m., before the Honorable Judge David Berry, to have his bail reduced. Lambesis’ bail was set at $3 million last week, with movement restrictions if he was able to post it.

Obviously, Deputy District Attorney Claudia Grasso will likely argue for the bail amount to be maintained, but further details about the case could potentially be revealed as each side presents arguments.

Lambesis’ band, As I Lay Dying, were to tour with Killswitch Engage this summer, but in light of the current situation, that’s not gonna happen. In As I Lay Dying’s absence, KSE has announced that Official Darkest Hour and The Word Alive will join them on the Disarm the Descent 2013 US TOUR.