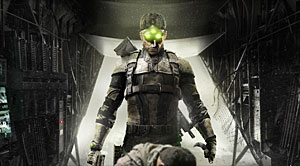 This summer Ubisoft is planning to release the seventh installment of Tom Clancy’s Splinter Cell series. A sequel to Conviction entitled Splinter Cell: Blacklist, which features protagonist Sam Fisher with the return of old ally, Anna ‘Grim’ Grímsdóttir, and includes new characters such as Isaac Briggs and Charlie Cole.

It’s a game I’m personally looking forward to since I own a PlayStation 3, and Conviction was never released for that console. Splinter Cell: Chaos Theory is still easily one of my all-time favorite entries to date, interestingly; it appears that the franchise is hurting in popularity because it’s a complicated game. To me the stealthy gameplay is a breeze and I consider myself an average gamer, but according to Ubisoft Toronto head Jade Raymond, Splinter Cell is more complex to play than Far Cry and Assassin’s Creed, thus making it a less popular franchise.

“One of the things that held it back is despite all of the changes that have happened over the years, it’s still one of the more complex and difficult games to play,” Raymond said. “Even though we do have core fans who are like, ‘Oh, I want to have more of this experience,’ when you play any other game that has stealth elements, they’re all a lot more forgiving than Splinter Cell.”

Additionally, Raymond said Splinter Cell is a “thinking game”, and requires gamers to plan out their attacks rather than to just start shooting right away. It’s a different approach than most games, but still appeals to many gamers today. In my opinion, just maybe not for those who like Doom, or anything like Max Payne.