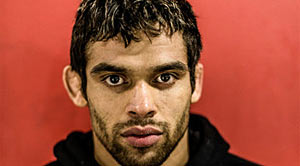 The UFC Interim Bantamweight Champion Renan Barão will be defending the title for the first time since his win over Urijah Faber to claim the belt. Michael McDonald was given to the title shot after it was revealed that current champion, Dominick Cruz needed to undergo a second ACL surgery.

Barão is truly an exciting fighter who has an excellent ground-game and his lethal standup can finish a fight at any time. McDonald is one of MMA’s promising blue-chip prospects that has more of a chance than many observers are giving him. His underrated boxing skills that finished both Alex Soto and Miguel Torres consecutively could put Barão in a world of hurt if he is able to catch the Brazilian.

Barão has a slight advantage in speed but his experience and conditioning should be able to help him grind out a razor-thin decision victory.

This featherweight fight is a pick’em if anybody has ever seen one, plain and simple. Both fighters have excellent standup and there is no distinct submission or ground-game advantage.

Dustin Poirier may want the victory a little more, since he was finished by Chan Sung Jung and lost his opportunity at a title shot. Cub Swanson has looked like a fighter reborn as of late, having finished his last three opponents.

Both guys are extremely tough and even if it sounds intensely cliché, the man who wants it more will win the fight.

Undefeated Jimi Manuwa will have the home crowd advantage when he faces French striker Cyrille Diabate. Manuwa has the advantage on the ground but since all fights start standing up, it will be a tough task to drag Diabate down with him.

Diabate showcased his sharp, striking skills against Chad Griggs at UFC 154 and is improves every time he steps foot in the Octagon – at the tender age of 39. Diabate should be able to have his way with Manuwa but he desperately needs to keep the fight standing.

Jorge Santiago had an excellent run in Japan that included a Sengoku Middleweight Championship but could not create the same success in his return to the UFC in mid-2011. After winning two fights outside the organization, he hopes to turn some heads in the welterweight division but his plate will be full with the rising Gunnar Nelson.

The Icelandic fighter has ten victories and has finished every single opponent by either knockout or submission. The Renzo Gracie trained Nelson submitted DaMarques Johnson in his UFC debut and it only took him less than four minutes. If Santiago does not come out guns blazing, it could cost him dearly.

People should not sleep on Ryan Jimmo and for some reason they still do after his seven-second knockout of Anthony Perosh. The former MFC Light Heavyweight Champion has wins over Wilson Gouveia, Rameau Thierry Sokoudjou and Marvin Eastman – the hype is for real.

Te Huna is no slouch either – he has knocked out Aaron Rosa, Ricardo Romero and Igor Pokrajac – three durable opponents. This fight should not go the distance and you can bet on one man going to sleep. Jimmo should get the nod.

Two versatile fighters will meet as England’s own Che Mills will look for a second consecutive victory against Matthew Riddle. These two fighters should be able to cancel out each other’s grappling and keep this fight filled with punches. Mills is able to finish fights with his fists and is fresh off a stoppage victory over Duane Ludwig.

Riddle is getting freakishly stronger after every performance and had a good year minus the suspension due to marijuana in 2012 – he should be able to pull off an upset in hostile territory.