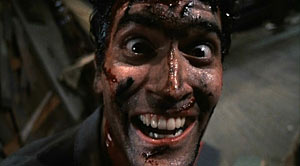 Ok, so the new theater release date for the remake of Evil Dead isn’t a huge change, but it’s enough to keep fans happy because it will be opening one week earlier than the original schedule, which is now slated for April 5, 2013. Bruce Campbell confirmed the date last night and made the announcement via his twitter account.

You demanded it – you got it! pic.twitter.com/qJ0ObPze

So far everyone involved on the project has been very candid about the film, including series creator Sam Raimi and Fede Alvarez, who recently announced that Evil Dead originally received an NC-17 rating and is getting cut down for an R without compromising all of the gory scenes seen in the trailers.

Additionally, for those who want to see Evil Dead even earlier than the new date can catch the premiere of the film in March at South by Southwest (SXSW).