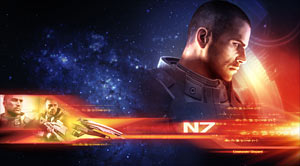 The Mass Effect film that will follow the first entry in BioWare’s popular space RPG franchise of the same name continues to be a work in progress, as the producers at Legendary Entertainment are still in the process of gathering the right team for the film adaptation.

Variety recently reported that a newcomer will replace Mark Protosevich, an experienced writer in the industry who previously wrote the screenplay for films such as Thor and I Am Legend. Morgan Davis Foehl will now take over the job of writing the script for the Mass Effect film, which would also be his first script ever produced. Apparently, Foehl is already a fan of the Mass Effect series and has experience writing similar scripts to the general plot of the video game, according to Gamespot. For this reason alone, the producers have selected him, and are confident that Foehl is the man to help deliver a Mass Effect film script that will appeal to the fans of the video game.