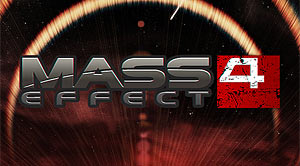 BioWare continues to support Mass Effect 3 with a new add-on, and is preparing to launch the biggest expansion to the game yet with the Omega DLC, scheduled for release on November 27.

BioWare has also briefly spoken about Mass Effect 4 with VG247, unveiling very little details about our new protagonist in the franchise. based on what BioWare’s Montreal producer Fabrice Condominas said, it sounds like Commander Shepard will no longer star in Mass Effect 4, and the trilogy is officially complete.

“This is really our starting point. Now the Mass Effect universe is vast, and very, very rich. So at this point in time, we don’t even know what kind of time frame we’re going to be in. All we’re doing is more gathering ideas from the teams, gathering feedback to see several things.”

“So first, we don’t want to make ‘Shepard 2,′ or Mass Effect 4 with like, ‘oh, there’s no more Shepard but you’re a soldier in the universe.’ So this will be a very, very different context for sure, and nothing has been decided on the rest.”

That’s all we’re going to get, folks, on Mass Effect 4 as BioWare is still in the brainstorming stage, and is collecting ideas from the team. For now, just continue to enjoy Mass Effect 3 with the new DLC, and we’ll be sure to keep you in the loop on ME4, right here on Yell! Magazine. No more Shepard in Mass Effect 4