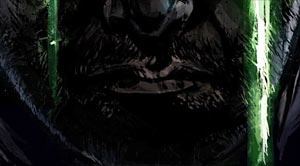 At one point in my life, the Tom Clancy’s Splinter Cell series developed by Ubisoft was my favorite video game franchise. This lasted until the game took a u-turn to bad with the release of Splinter Cell: Double Agent and the major bug issues I faced with the PC version.

One of those bugs was an auto-save issue that forced Double Agent to crash unless you reached the next auto-save checkpoint. This was really frustrating because once Sam Fisher died in the middle of this specific level, it was almost guaranteed that you had to reboot your machine every time. Ubisoft did release patches over time to fix this problem, however, I managed through the level without it and the pain I faced was never forgotten.

Nonetheless, Double Agent was still an enjoyable game, and the series has spawned another sequel called Splinter Cell: Convinction. I never had a chance to play this title because I switched from PC gamer to console junkie with the PlayStation 3, and Conviction never had a PS3 release.

While it sounds like Conviction was a success on the Xbox 360 and the PC according to the ratings on various websites like Gamespot, Ubisoft has been working under our noses on a new installment called Splinter Cell: Blacklist, which was announced at E3 2012 during the summer in Los Angeles. The publisher recently revealed a portion of what appears to be Sam Fisher’s face in an artwork released on the Splinter Cell official Facebook fan page with the following message attached to it.

Since the unveil, many people speculate that the big announcement is expected to come very soon on Splinter Cell: Blacklist, and you can be damn sure that we will cover it when it becomes available. Blacklist is making its way back to the PS3 in spring 2013, as well as on the PC and Xbox 360.