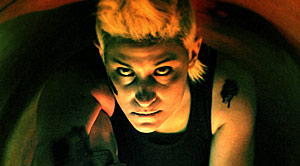 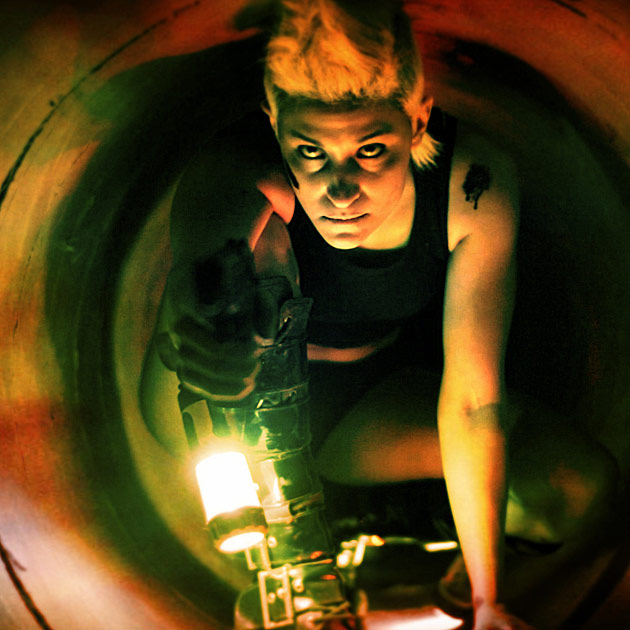 A little while back, I introduced you to the teaser trailer for upcoming indie flick Crawl Bitch Crawl. Tonight, darlings, I’m introducing you to Crawl‘s shining star, Nicole Alonso.

According to her website (nicolealonso.com), Nicole is not only an actress, but a singer and songwriter as well. Throw in some dance moves, and this chick is a triple threat who’s just waiting to take over Hollywood with some well-versed lines and maybe even a “Grand Battement” to the baby-maker (that means kick to the crotch in ballet terms, in case you were wondering).

Coming in at a deceptive 5’3”, Miss Alonso may be tiny, folks, but as Tank in Crawl Bitch Crawl, she’s sure to show us that even us little chicks (I’m 5’2″) can kick some serious ass.

So take a gander at the beautifully bad-ass, blonde-mohawked babe who, in the words of our own King Hazard, is the owner of the “hottest female voice in the world” (this writer does not protest). Don’t be pervy about it either, you dirty boys, or I’ll unleash her on y’all, and you’ll be crying for mommy before you can say, “I was just re-adjusting myself,” ya hear?