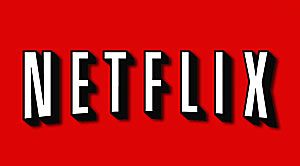 Netflix announced a major expansion of its Ultimate Fighting Championship content offering in Canada. Canadian subscribers will now be able to watch a wide variety of recent and classic UFC events, highlights series and the hit reality show “The Ultimate Fighter” on Netflix’s streaming service.

Netflix’s new UFC content will include a range of fights and shows that feature some of the sports’ biggest names including Georges St-Pierre, Anderson Silva, Jon Jones and Canadians Mark Hominick, Rory MacDonald and Sam Stout, amongst many others.

Popular UFC compilation series will also be added to Netflix, including selections from UFC Best Of, Ultimate KO, 100 Greatest Moments, and Ultimate Heavyweights as well as the documentary Bad Blood.

“Canada has a long tradition of support for MMA and we’ve been working with the UFC for some time to bring their world leading premium content to Netflix,” said Jason Ropell, Netflix Vice President of Content Acquisition. “We’re thrilled to be able to give Canadian members a much deeper offering of UFC content ranging from classic fights, and popular compilations, to recent events, some as recent as 90 days following their PPV airing.”