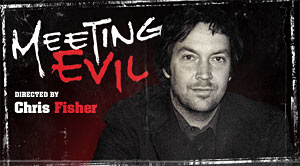 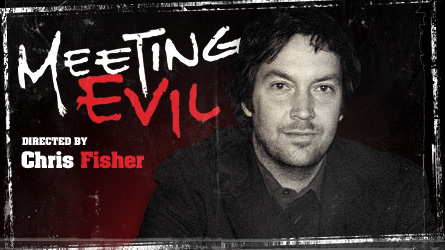 Hollywood needs more directors like Chris Fisher. To the layfan skimming his IMDB page, Fisher is a Straight-To-Video/B-movie director to be dismissed. To serious filmgoers willing to do their homework and examine his filmography, the man is a filmmaking force on the rise.

Okay, with a resume consisting of titles like Rampage: The Hillside Strangler Murders, S. Darko, and Street Kings 2: Motor City, one can’t hail him the next Christopher Nolan or anything, but let it be known – the guy is no slouch. Though the list of feature films under his belt may seem like disparate B-level undertaking, a closer look reveals the cinematic artistry of a budding auteur. Fisher approaches his work with such intelligence and film literacy that he can be deemed nothing less than a video-store-relegated visionary. Among his trademarks are a strong surrealist style, a particular predilection for pulpy thrills, and a wonderful weakness for film noir conventions. His latest film, Meeting Evil, is his most distinctive synthesis of these ideas to date and could become his mainstream, breakout hit. 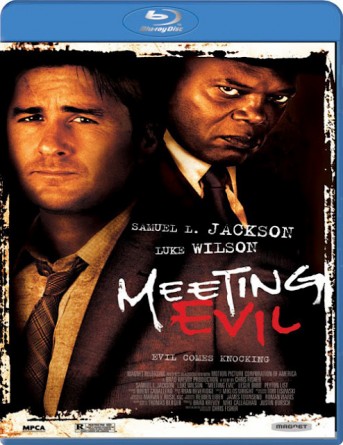 Adapted from a novel by Thomas (Little Big Man) Berger Meeting Evil is about the thin line between desperation and dark impulses. Surreal alcoholic real estate agent John (Luke Wilson) is having the worst day of his life – his house is being foreclosed, his marriage is on the rocks, and he’s been fired from his job. Things change when the charismatic Richie (Samuel L. Jackson) winds up on his doorstep with car troubles. What begins as a Good Samaritan act quickly cements a bond between the two men, one complicated by Richie’s extreme homicidal tendencies and obsession with John.

Meeting Evil hits select theaters next month (May 4) and is currently available on VOD through Amazon. This week, Yell! Magazine sat down with Fisher for a one-on-one interview to discuss adaptations, actors, ambiguity, and the rewards of Meeting Evil. 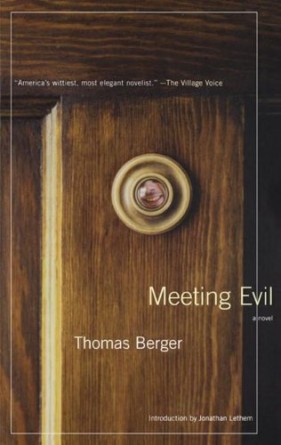 You adapted Meeting Evil from the novel by Thomas Berger. What attracted you to this source material?

Well, there are a number of things about the book that I thought would make a great movie. One, the villain, Richie, just flew off the page – he’s one of the most charismatic villains I’ve read in any book. He just screamed for a movie. Another thing about the novel that intrigued me was that it was one of those crazy page turners. The kind of book you just curl up on a couch with and finish in an hour.

As we all know, adapting novels is usually something people complain about – so much is left outside the film, the 90-minute running time of the film just isn’t long enough to encapsulate all the great elements of the novel. I took some liberties in adapting the book, certainly. I didn’t retain the point of view that Thomas Berger had when he wrote the novel, but he read the script and thought it retained the essence and themes he was trying to tell, if not the exact letter.

According to IMDB, your background is as a corporate lawyer.

[Laughs] Yeah, sort of. I studied film and philosophy at USC as an undergrad and when I graduated, I thought I would write a screenplay and sell it for a million dollars and laugh all the way to the bank. Of course, I wrote that screenplay and everyone told me it was the worst thing they ever read in their life. So, as a 22-year-old guy I was disappointed, as anyone can imagine, and I sort of got shell shocked by it. I tried to carry cable and be a production assistant for six months but decided it wasn’t exactly what I wanted to do.

My dad was a lawyer and he said, “Apply to a top 10 school and if you get in, just go.” So that’s what happened. So I kept writing screenplays through law school and I took a job as a corporate lawyer in London when I was 25. I did that for about six months… thought I could do my legal work during the day and write scripts at night but my brain was too fried from being a lawyer. I realized I had to quit and do what everyone does – come to Hollywood, take your hard knocks, get a terrible desk job, do what ever you do to get a break, and that’s what I ended up doing. 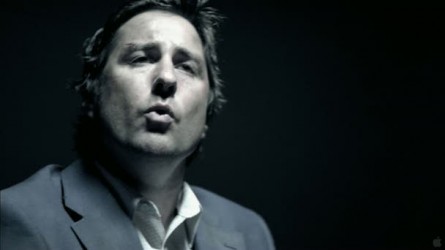 I’ve noticed you tend to drift pretty heavily toward crime-related movies. Even Meeting Evil has a pretty strong film noir vibe to it. Do you believe your experiences practicing law informed your filmmaking?

You know, I don’t really think so. As someone who loves films I’ve always loved noir. If there was one genre I would love to just make movies within, it would be noir. I’ve always just sort of loved the dark side of life. I’ve always liked underdogs; I like the high drama that crime stories have. I like the sort of grey area… the charismatic villains. It may just be through the sort of life choices I made, I became interested in the darker side of things. 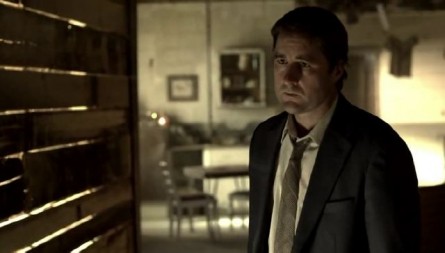 Meeting Evil has a gritty, retro style to it that is very distinctive. How did you develop the film’s look? Was that the plan from the get-go or was it a carryover from the novel?

That was definitely the plan from the get-go. [For] me and the director of photography Marvin Rush there were three things we wanted to accomplish stylistically. One, we wanted to make it look like sort of suburban Western. Two, we wanted the movie to have a magical realist tone, to set a magical or supernatural [element] to be blended seamlessly with reality.

The third thing is we wanted to craft a very contemporary neo-noir film. We talked about angles, how to backlight Richie as much as possible, keeping shadow in his face and shadow in his eyes and being very careful about when we see through his eyes. There’s lots of little detail – we have pages and pages of correspondences on how we made this movie a fun, contemporary neo-noir film.

In the movie Kiss of Death, there’s this wonderful villain named Tommy Udo, and [I saw Meeting Evil] as a chance to do a character like Tommy Udo. Ironically, Kiss of Death was remade in the ’90s and Sam [L. Jackson] was actually in that movie as well. My general love of film goes toward crime films of the ’40s and ’50s – those are the movies I watched as a kid and those are the movies I love and the movies I want to keep making. I really like hard-boiled, hard-edged stuff.

Speaking of charismatic villains and magical realism, there is a certain ambiguity surrounding Jackson’s character of Richie – his reason for winding up on John’s doorstep and his ultimate intentions. Who or what is Richie to you?

To me it depends on how you’re reading the film. 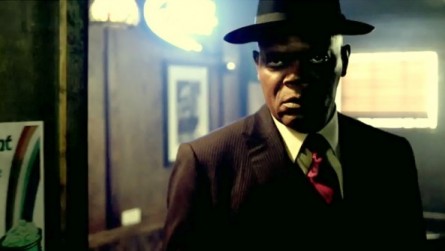 Where I was coming from as a filmmaker – I wanted to make a symbiotic relationship between John and Richie. What I wanted to say about evil is that he [Richie] is not an external force, evil comes from within. Evil comes from our own trials and our own life choices and mistakes. Richie is sort of a creation of John. He is a supernatural character in that sense – he’s real, but he’s given birth from that life John and Joanie [played by Leslie Bibb] have together and her hiring Richie to kill John. That gave Richie his power.

I wanted to have several different interpretations of what Richie was, which is why you never see him kill people. For example, Richie goes into a gas station and you later see his 15 victims. Well, how does he do that? Certainly, if I showed it in a supernatural way, that would give the movie a very one-dimensional sense. I wanted this movie to have multiple dimension… that sort of ambiguity was something we spent a lot of time protecting and trying to execute in an intelligent way. 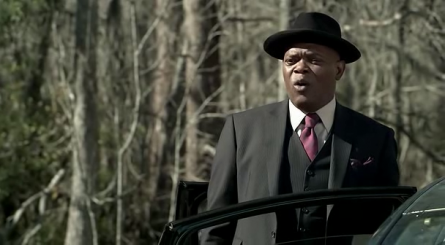 Find out what makes Chris Fisher nervous and how he feels about S. Darko after the jump…