This Week In Gaming News – THQ 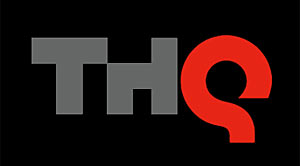 The biggest story last week was the continued downward spiral of publisher THQ. Here’s a recap of all their worries, and a look at the future.

More bad news last week for video game publisher THQ. With a current stock price hovering between $0.50 and $0.70, the NASDAQ threatened to delist them from the stock exchange. They got six months to get their act together and bring their value above a buck, or else. Now they’re laying off over 200 employees, and even the CEO is taking a 50% pay cut. THQ’s current state is a case-study in poor management. This problem was years in the making.

First, they got rid of their money-making licensed kids games. THQ is the house Spongebob built. Unfortunately, Patrick was in charge of planning. The company opted for the UFC and WWE licenses to compete with the EA Sports of the worlds. But they paid a little too much for the rights, and never really made up their investment. Homefront was suppose to be their Call of Duty competitor. They spent millions on marketing for a title that was ultimately less than mediocre. THQ has made great games, like Red Faction: Guerrilla, but followed that up with the awful Red Faction: Armageddon.

And then there was uDraw. The product nobody asked for, that nobody wanted. It cost millions to develop, and now they are cluttering up store shelves collecting dust. Last week they announced that they’ve stopped making the toy tablet, and plan to recall them from stores, like it never existed. Another money-sucking endeavor has been that Warhammer MMO they’ve been working on for years. Unless that game kills World of Warcraft, they probably won’t see a good return on their investment. Speaking of the 40K series, that Space Marine title was pretty good, but the franchise in general was a niche to begin with. The only worthwhile thing to come out of THQ recently was Saints Row, and that’s mostly thanks to the guys at Volition. Throughout this entire ordeal they’ve closed or sold off over a dozen studios. I wouldn’t be surprised if Volition sells itself.

It has been bad decision after bad decision for THQ as of late. They’ve been spending blockbuster amounts, but simply haven’t been getting their money’s worth. At the end of the day, if you make good games, people will buy them. In that regard, all hope is not lost. After that last game, everyone wants more Saints Row. If Space Marine is any indication, Warhammer 40K: Dark Millennium might be an amazing MMO. THQ made a bunch of good investments lately. They just gave Assassins Creed maker Patrice Desilets, and Ninja Gaiden creator Tomonobu Itagaki their own studios. These deals weren’t cheap, but those guys aren’t amateurs. I expect some groundbreaking titles in the next couple of years from these two.

Homefront didn’t set the world on fire, but they learned their lesson, and got first-person shooter veteran developer Crytek to make the sequel. If THQ can survive the next couple of years, they might come out of this stronger than ever before. If they work hard on games like Metro: Last Light, inSANE, and Homefront 2, they should be better than fine by 2014. This is THQ’s last stand before they are forced to sell off their assets, and it looks like they’re gonna make it count.

Be sure to check back next week for the latest gaming news at Yell! Magazine.